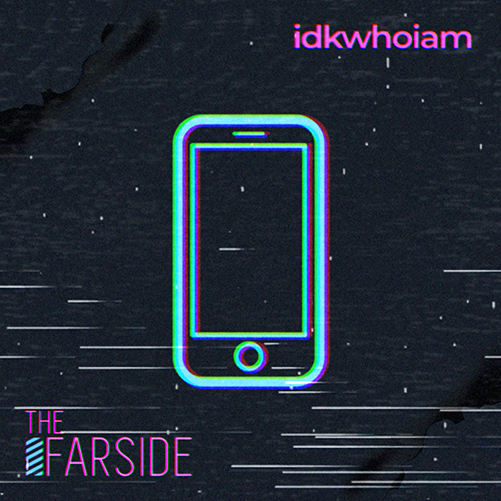 Most people are surprised to find out that I’m naturally an introvert. If you were to talk to most of my friends, colleagues, students, or other acquaintances about me, they would probably describe a fun, wisecracking guy. I highly doubt “quiet” or “reserved” would be their choice adjectives. With my friends, I’m pretty relentless with the witty banter. At work? Heck, I’m known to jump on my desk in the middle of English lessons and secretly toss pencil top erasers at students and watch them try to figure out where they came from. I’m legit pretty sure there will be a picture in next year’s yearbook of me standing on my tiptoes pretending to scream at a 6’5’’ student while he laughs in my face. (I’d describe myself as a lanky 5’9’’.) Anyway, take all of this into consideration, and you’ll likely understand why I was unsure about releasing a song that so evidently paints a much less confident picture of me.

Truth be told, I, like much of the American population, am a chronic overthinker, and this side of me can be pretty annoying when it’s time to go to bed. During the school year, for instance, my brain runs through everything I have to do the next day. I have conversations in my head with people I know I’ll have to see. I rehearse how to deal with any complications that may arise between the hours of 7 am- 3 pm. I’ll even set little goals or create checklists. Then, I look at the clock and play that game. You know the game I’m talking about–the one where you’re like, “If I fall asleep literally right now, I can still get “x” hours of sleep.” Then, the neurons realize they still have more energy to burn, so they take a few more laps around the brain until it’s time for round two. This time when you look at the clock, however, the value of “x” drops significantly. Eventually, I think myself to sleep, wake up the next morning, and head straight to the coffee maker. I’m aware that this post, like all of my other ones, seems random, but here’s what I’m getting to: This is the type of headspace that houses a song like “idkwhoiam.”

I’ve talked at length about how much I enjoy performing live shows, but the main idea of “idkwhoiam” loosely calls back to how I would feel after the shows ended and I would find myself in a mental state similar to the one I just outlined. I could have the time of my life for a few hours, but those feelings of bliss never lasted. I know that I’m not the only one who feels this way. There are countless others who possess the same nagging brain that likes to flip the switch from carefree to worried as soon as their heads hit the pillow. When I started writing this song, I wanted to tell a story like that.

The chorus to this one came first, just like the others.

This idea sprung from the thought of having these two drastically different personalities and asking, “Who is this person?” when the latter one starts hanging around. I thought about that “How Much Sleep Can I Get?” game I’d play as I’d watch the night become the day.

“This is not what I planned / Alone at night

DING DING DING! WE HAVE THE EP TITLE!  (The term “Party’s Over” really took a life of its own, and much of the EP revolves around this metaphor. I’ll explain in detail in a later post.) For this song, though, it was now when I realized that the first verse definitely had to take place at a party.

As far as the storytelling aspect goes, I think “idkwhoiam” is pretty straightforward. A night at a party comes to a close, and the person, as we all have done multiple times, immediately texts the one human he or she shouldn’t be texting. It’s a very similar theme to songs such as The Script’s “Nothing” or Dan+Shay’s “I Should Probably Go to Bed.” Here’s the new aspect I wanted to bring to the table. Instead of ending the story with the fact that this significant person didn’t respond, I wanted to begin there. I wanted this person to spend the rest of the night thinking, “UGH. WHY DID I DO THAT?” Because come on–we really all have been there.

Allow me to insert myself into the situation at hand. What would I be doing? I’d be watching Friends reruns on Nick @ Nite attempting to find comfort (or “color” as I state in the actual song) in the mindless, familiar plot. I’d also be scrolling through Instagram to kill time or texting friends to keep me company, as mentioned in the bridge and second verse respectively. When you’re this lonely and in your own head, you’re left to your own devices (Literally speaking as you hold your cell phone, or figuratively speaking while you wrestle with the choices you’ve made.)

After writing the song, I sent the voice memo to Aaron, and I remember him scraping together a rough chorus pretty quickly. We were under strict quarantine regulations because of COVID-19, so Aaron and I worked separately, bouncing ideas over Snapchat videos. I really loved the direction in which he took this song because he balanced the juxtaposing vibes we wanted to capture. Lyrically, “idkwhoiam” is dark, and the instrumentation had to reflect that. However, we’re trying to write some pop bangers over here, so there still had to be an element of fun. That groove in the chorus was just perfect. Aaron also had this awesome reverb exhale thing that led into the chorus. To brighten the tone of the song, I suggested making that exhale more of an exasperated, annoyed sigh that could drive home a more sarcastic, self-deprecating sentiment of texting an ex. I think it’s hilarious, and I truly believe it lifts the heavy mood a ton. (I’m calling, falling over youuuuuu…*SIGH*)

Eventually, the state of West Virginia dialed back its Coronavirus guidelines, and after about two and a half months, Aaron and I finally got to work together again in person. After being so used to hearing his voice on the chorus, one of the first suggestions I made when tracking vocals was to keep the structure as is. I think the tone of his voice really cuts through in a cool way and brings a sort of calmness to the chorus that I didn’t anticipate when writing, and thus, definitely would not have executed. The next tweak we made was to replace the post-chorus guitar lick with a saxophone solely because I am absolutely in love with the chorus of “waste” by lovelytheband. Furthermore, it’s hard not to smile when a sax starts playing, and “idkwhoiam” needed to smile a little bit. Aaron knew where I was going before I even finished my thought, and he responded, “Say no more, fam.”

Fun fact- this song was originally called “Party’s Over.” Every single demo we sent back and forth for months had this title, but Aaron and I agreed that we didn’t want a title track for the EP. The problem was there was no other lyric that stood out enough to me to use for the name. We almost went with “Quarter Life Crisis,” but we didn’t think that relayed the actual meaning of the song well enough. This is the song with a million names, and we eventually concocted the current title. We were admittedly trying too hard to look trendy and cool, but oh well! We’re ecstatic about how the song turned out, and as much as I’d love to talk even more about intricacies in the mix, along with stories of recording this puppy in the studio, it’s 1:00 in the morning, and I have to be up early tomorrow. In fact, according to my calculations, if I fall asleep right now, I can still get a full five hours…