The Story Behind the EP 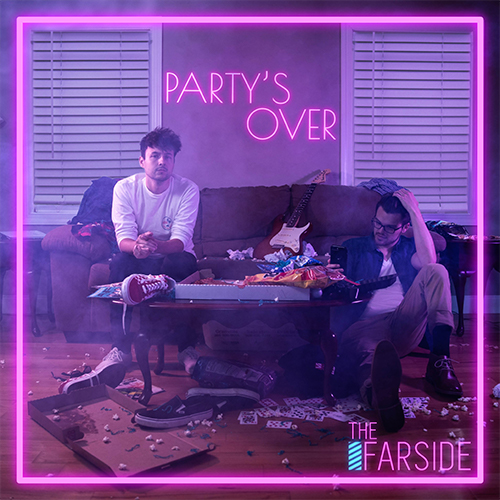 If you haven’t seen downtown Pittsburgh, it’s something you really need to experience. I’ve always been a sucker for a good city skyline, and Pittsburgh’s doesn’t disappoint. Believe it or not, it’s actually famous enough for Hollywood to take notice. A ton of movies have been shot in Pittsburgh. (The Dark Knight Rises, The Avengers, Adventureland, and The Fault in Our Stars to name a few. Seriously, Google this crap. The list is impressive.) However, there is one movie that highlights the true beauty of the city. You see, there is only one way to enter Pittsburgh from the south–you have to go through the Fort Pitt Tunnel. And words can’t do this sight justice. That’s why The Perks of Being a Wallflower had to capture it on film. The Tunnel Scene is one of my favorites because of what it symbolizes–growth, rebirth, coming out of the darkness and seeing endless possibilities open up in front of you.

By now, you are probably thinking to yourself, “Adam, isn’t this blog supposed to be about music?” And to that I say, “No, it’s about telling stories. Music just happens to be one avenue on which to pursue that objective.” But trust me. Pittsburgh is a huge part of the story I’m trying to tell.

I grew up in a town located at the heart of Appalachia. It lies along the banks of the Monongahela River that runs north seventy-six miles to that bustling city of Pittsburgh. It’s crazy what a difference those seventy-six miles make. Don’t get it twisted. We have our own beauty here in Morgantown, West Virginia; it just looks a lot different–scenic overlooks, mountains, rivers, and endless fields of perfect green in the summer. I, along with the other 30,000 people who live here, am extremely proud to call this place my hometown. Seriously, I wear the state emblem as a badge of honor. I love Morgantown so much that I tell people I grew up there, even though I technically lived across the state line 5 miles away. That’s right–I’m technically a Pennsylvanian…But I mean like close enough right? Regardless, even though I adore this tiny blue dot on Google Maps, there is a much bigger blue dot just seventy-six miles away. Sometimes just before I go through that tunnel, I am reminded of John Mayer’s lyric, “Something’s better on the other side.” And then I see those three rivers cradle the stacks of neon lights sprouting from its palm. Every single time…there is something better on the other side of that tunnel.

I went to West Virginia University from 2013-2018 and graduated with a Master’s Degree in Education and a Bachelor’s Degree in English. It was kind of cool going to college five minutes from my house. I was the weirdo who actually enjoyed commuting. I had my own space at home, and I had my friends in town. Let’s take a few minutes to talk about those friends.

I started a band with Aaron in 2013 called Wait For It. I’ve talked about the band in previous posts. Soon, we recruited friends, friends of friends, friends of friends of friends (you see how this goes) to play with us. (Any musician knows what I mean. It’s hard to keep a set lineup, especially when people are entering adulthood.) The times we spent together playing shows and just hanging out were some of the best times of my life. College to me was one giant party, but I don’t mean like jumping off buildings, hooking up with randoms, and getting busted by the cops. (My friends and I didn’t do that stuff…We stayed away from High Street.) To me, just sitting around listening to music and talking about all of our plans was the main event. That was the party, and it followed us wherever we went.

As an education major, I got close with other people in my classes. I spent five years with them. We became inseparable like college friends do. We went to class together. We ate together. We had group chats together. We hung out together. They even came to all of my shows at 123 Pleasant Street. Again, I didn’t hit up the bars after–I had to teach high schoolers at 7 a.m. the next morning. (I student taught freshman English at Morgantown High School.) So once again, to me, the party was never an event. The party was wherever we were. Together. Just enjoying the moment and talking about our futures.

Well, the future waits for no one, so I’ve been told, so in May of 2018, we did another thing that all college friends do–we said goodbye. My Education friends all got jobs in different states. Most of my old band mates moved as well. Some got married. It’s an odd feeling being the one that everybody else leaves behind. I still eat at The Beanery like we used to. I still look up at that water tower outside the Education building every day. I still avoid High Street at all costs after 7:00 p.m. And as I drive to work as a full time teacher at the same school I student taught at two years ago, I still listen to the same songs we all knew back then. Quite frankly, it’s terrifying when your so-called best years of your life come to an end. The only way I know how to deal with an influx of emotions like this is to write about them, and that’s exactly what I did.

Now look, I get this comes across as being pretty melodramatic. But hey, I’m an Enneagram 4. And yes, I understand the irony of a new band singing about chapters closing, but this EP isn’t some soundtrack to play in the background as we all cry into our pillows. These jams are catchy as crap. And they’re pretty groovy, if I do say so myself. We’ve got a ton of behind the scenes content, too. Soon you’ll see that we have had so much fun writing and recording these songs, and sonically, we have gone places that our former pop punk selves would have never allowed us to go.

Throughout my time writing lyrics for this EP, I have asked myself, “What do you do when the party’s over?”  Well, I think I finally have an answer. Throw another one. And this time around, Aaron and I are inviting you all to take part in the festivities. Let’s make it a freaking rager. Enjoy!